Donald J. Trump is bringing America in the future with a stronger and larger economy than we have ever had before in our great history. America has broken more new records in just the last three years than the last fifty years combined.

President Trump stood by his promise to nominate strong constitutionalist in the mold of the late, great Justice Antonin Scalia setting the courts right for many years to come.

Go to a Trump’s Rally the Troops Event in your area. Book the next event tickets today by clicking the button below. 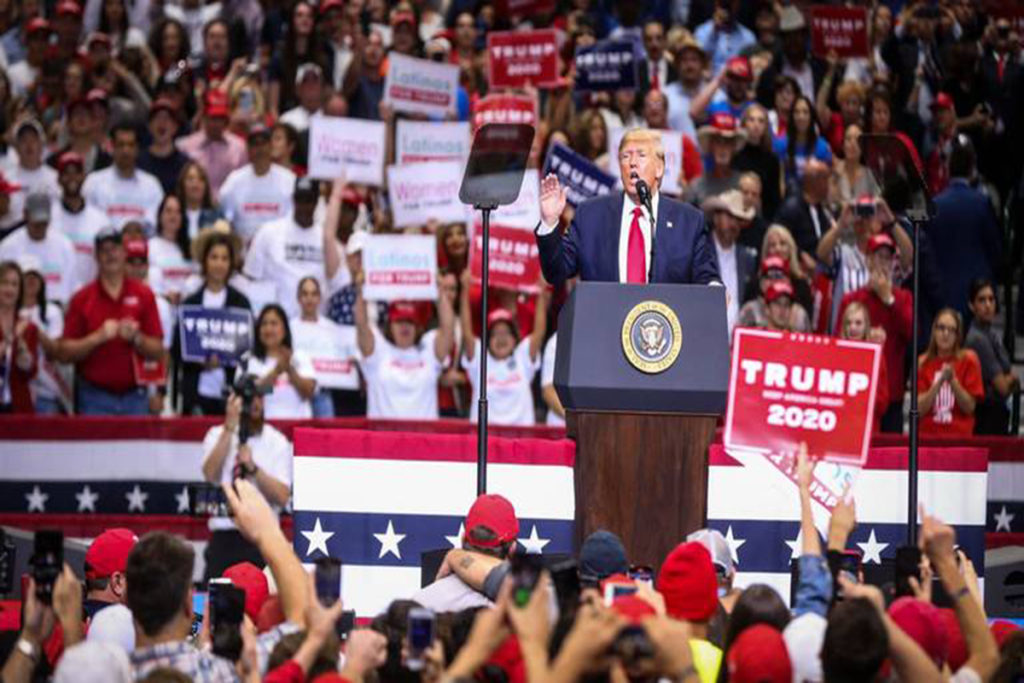 Make a contribution in support of President TRUMP and the Republican Party!

Volunteer your free time in support of your candidate or candidates committee.

Make sure your voice is heard through the power of the election box.

We will NEVER Allow Socialism in America!

Together we will STOP the invasion along our borders

45th President of the United States

Donald John Trump (born June 14, 1946) is the 45th and current president of the United States. Before entering politics, he was a businessman and television personality.

Trump was born and raised in the New York City borough of Queens, and received a B.S. degree in economics from the Wharton School at the University of Pennsylvania. He took charge of his family’s real-estate business in 1971, renamed it The Trump Organization, and expanded its operations from Queens and Brooklyn into Manhattan. The company built or renovated skyscrapers, hotels, casinos, and golf courses. Trump later started various side ventures, mostly by licensing his name. He owned the Miss Universe and Miss USA beauty pageants from 1996 to 2015, and produced and hosted The Apprentice, a reality television show, from 2003 to 2015. Forbes estimates his net worth to be $3.1 billion.

Use of the name, images and likeness of any committee, candidate or officeholder is for the purpose of this PACs political communications only and IN NO WAY indicates any authorization by, affiliation with, direction from, or endorsement by that person of any kind. Contributions from foreign nationals or entities are prohibited. Contributions are not tax deductible for federal income tax purposes. www.americanfirstpac.com website owned and operated by © AMERICA GREAT PAC™ ALL RIGHTS RESERVED.